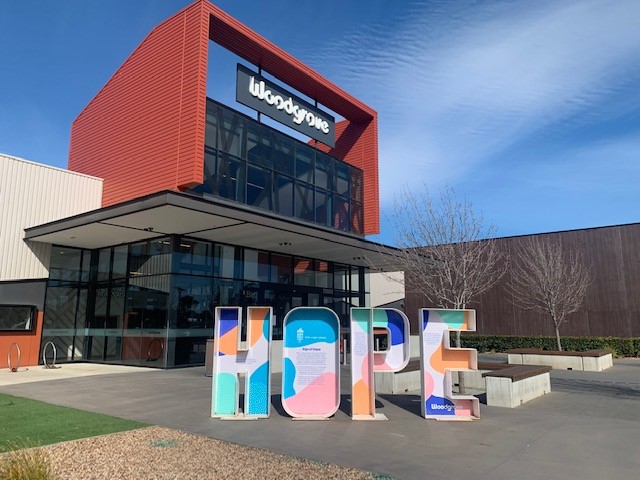 Hope Street Youth and Family Services is a charity that helps young people aged 16-25 years old who are experiencing, or at risk of, homelessness in and around Melbourne, including the City of Melton.

As one of the longest serving specialist youth homelessness services in Victoria, they've provided crucial services for over 38 years, with sites in the City of Melton, the City of Whittlesea and Brunswick.

Hope Street in Melton is a specialised program which aims to empower young people through independent living and youth focused case management support for a 12-24 month period. The program has key features which allow for young people to progress into positive housing outcomes at the end of their stay:

The Hope Street program in Melton has been operating for over 10 years and consistently these key elements are central to the success of the program and the positive client outcomes achieved.

The Hope Street First Response Youth Mobile Outreach Service in Melton is a program that actively seeks, identifies and directly engages with young people and young families who are (at risk of) experiencing homelessness.

The program is well regarded in the local melton area and with such impressive client outcomes, one can begin to imagine the life-time benefits and impact the First Response Youth Service will continue to have for local young people accessing this program. In Australia, homelessness is at an all-time high and one in four experiencing it are between 12 and 24 years old. Behind every face is a unique story.

Nicholas has experienced homelessness twice in his youth. After leaving the family home at age 16 due to abuse, he couch-surfed from friend to friend before getting work as an apprentice carpenter. But the work didn’t last long – Nicholas’ boss was underpaying him and after Nicholas was badly injured on the job, he was unable to continue working. This resulted in him becoming homeless again. With the help of Hope Street, Nicholas was soon able to enter the housing market and get back on his feet. Nicholas is currently studying and working, with aspirations to one day run his own business where he can offer employment to those experiencing homelessness.


Maria came to Hope Street after experiencing issues within the family home. As a single mum, she is driven to establish a safe life for herself and her daughter. Maria entered Hope Street’s Transitional Housing Management program, where she found a stable home and learned valuable life skills, such as cooking and cleaning. As a deaf person, Maria understands the challenges of growing up deaf. It’s now her goal to work with and mentor young deaf children and she is currently studying childcare to reach her goal. Maria encourages others facing tough situations to never give up: “Just keep going, that’s what life’s all about.”

Jesse* was 16 when he was kicked out of his family home. He'd recently been diagnosed with diabetes and had spent a month in hospital. It significantly affected his studies, and he failed year 11. His parents didn't like that. They enrolled him in a school where he was forced to wear dresses and skirts, despite him identifying as a transgender male.

Conditions became unbearable at home and he was forced to leave. He would spend the next two years sleeping wherever he could, at friends' and extended family's houses. He was discovered sleeping in a school, and teachers connected him with Hope Street. Hope Street assisted him with crisis accommodation, counselling and support. He now resides in a Hope Street supported unit. When he arrived he was unemployed, estranged from his family and had failed year 11. Three years later, he's completed high school, has his driver's license, has rebuilt ties with his family and can live independently.

Sian was homeless from the ages of seven to thirteen, spending time in and out of government care with her two younger siblings as her mother struggled with drug addiction.

At 16, her mother left and never returned. Not long after, Sian found herself pregnant. It was a turning point, and Sian became determined to give her unborn child the opportunities she never had.

"I would never up and leave my children; I could never contemplate being the mother she was."

Sian's upbringing has given her strong resolve to do the best she can for her children (she is now a mother of three).

At 21, Stephen was made homeless after experiencing unbearable family issues in the home. His brother had been made homeless for the same reason and had reached out to Hope Street for crisis accommodation. Sadly, Stephen was to follow suit.

Stephen was moved to Brunswick housing due to there being none available in Melton. Stephen is one of many who have been forced to choose between sleeping on the streets in their own community or moving closer to the city to access crisis accommodation.

After a five month stay in the youth refuge, Stephen got the great news that he had secured a place in a Hope Street supported one bedroom unit in Melton, where he currently resides.

By the time Josie and Sam came to Hope Street, they’d been couch surfing with friends and family across Melbourne for eight months. Due to their young age and lack of rental history, they’d had a hard time finding private rental.

The Hope to Home program helped them to secure a unit in Melton, as well as home and baby essentials, Josie and Sam are now the proud parents of a healthy baby girl with a safe place to call home.

Sheba came to Hope Street needing emergency after leaving her family due to violence. She was accepted into the six-week emergency bed program at the Hope Street refuge. After she arrived, Sheba was given a laptop through the Enhanced Youth Refuge funding to help with her English studies. Hope Street also helped her secure public housing where she is now safe and happy in her new home.

After Paul’s mental health deteriorated, he began self-harming and ended up being admitted hospital.

Paul needed a safe and supportive environment while he he studied law and worked through his mental health issues. He was referred to Hope Street and moved into a six-week refuge bed. Paul was eventually offered a property in the Western Suburbs. Through Hope Street funding, Paul was able to get the household items he needed, as well as a laptop to help with his studies

I agree to the privacy policy and wish to receive Woodgrove's newsletter containing the latest news and offers.

We respectfully acknowledge the Wurundjeri people of the Kulin Nation, the Traditional Owners and Custodians of the Country on which Woodgrove resides. We pay our respects to Elders past, present and emerging and acknoweldge the continuing connection to land, water and community.